Contact Rebecca Allen at rla@seanet.com if you would like to participate in this month's discussion. She will EMail you the ZOOM link either the day before or on the day of the meeting. Let her know if you need help acquiring the book, or if you would like to attend but January 25 is not a good evening for you.
Everyone is welcome to join!
2020 Selections

November
Meets Monday, November 23rd at 6:45PM via ZOOM
Circe
Madeline Miller
​
Circe, the banished witch daughter of Helios, hones her powers and interacts with famous mythological beings before a conflict with one of the most vengeful Olympians forces her to choose between the worlds of the gods and the mortals. (adapted from publisher's information). 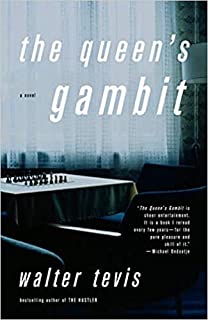 Eight-year-old orphan Beth Harmon is quiet, sullen, and by all appearances unremarkable—until she plays her first game of chess. Her senses grow sharper, her thinking clearer, and for the first time in her life she feels herself fully in control. By the age of sixteen, she's competing for the U.S. Open championship. But as she hones her skills on the professional circuit, the stakes get higher, her isolation grows more frightening, and the thought of escape becomes all the more tempting. The plot also explores issues such as addiction, feminism, and alcoholism. Author Tevis described his book as "a tribute to brainy women". (Adapted from Wikipedia)
​The book has also recently been adapted for Netflix.
Reviews are from Goodreads, unless otherwise noted.